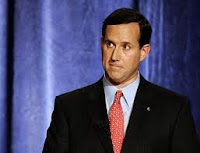 After staggering negative campaign ads effectively blasting Newt Gingrich out of contention in Iowa and driving down his support from 35% to 13%  in the nation's first Republican stand, the former Speaker is now blazing mad. Mitt Romney's "unofficial" PAC and Ron Paul's campaign combined in an unprecedented $17 million onslaught against Gingrich, provoking the Speaker's infamous ire.

Now, Newt has taken off the gloves and sworn revenge. Already this morning, the Gingrich campaign pummeled Romney in a double truck, head-to-head comparison ad in the Union Leader in New Hampshire. The ad is fair, but Newt has to walk a fine line. His anger, as expressed in his speech to supporters last night, is palpable and unbecoming. Newt's hot-head reaction will backfire on him if he's not careful.

Despite his campaign's likely complicity in the Romney PAC's assault on Gingrich, Mitt has managed to stay above the fray. He can point the blame finger PACward and congratulate his opponents for their achievements maintaining the air of dignity people expect from a Presidential candidate. He demonstrated his savvy by doing just that in his impassioned victory speech, and then refocusing on the real object of conservative ire, Barack Obama. He completely ignored the negative barbs fired at him by both Gingrich and Santorum in their prior speeches.

Rick Santorum has a somewhat different anger management problem. Although there was no sense of wrath in his moving "victory" speech last night, he can definitely come across as a small-minded "angry young man." As a friend reminded me this morning, that's the image he portrayed in the debates. While his conservative chops may be unmatched in this field of candidates, and his credentials as a legislator, impressive, despite months of boots-on-the-ground campaigning, Santorum only caught fire AFTER the rest of the field had been cleared--Perry, Cain, and Gingrich all had their respective rises and falls. I, myself, dismissed Santorum as too whiny and weak based on his debate performances. So the question now is, can he enlarge his persona and appeal to a broader cross-section of voters? That remains to be seen but the odds are against him. If he fails as the anti-Romney the slot will be wide open for Gingrich or Paul.
Posted by Unknown at 3:51 PM