Saw this post on SodaHead and had to comment, but since I wouldn't join and agree to get their newsletter, they won't post my comment. So here it is for your enlightenment and entertainment pleasure:

The Tea Party remains a loosely coalesced band of strict constitutionalists and fundamentalist Christians (that doesn't sound like any kind of party to me!), despite efforts to project the image of a cohesive force capable of defeating ... whatever. Republicans? Democrats? Reform? Whatever it is, well by golly they don't like it!
The greatest new development since their crushing defeat with regard to health care is their vague threats of Civil War Part Deux. Sorry, but we're not too worried. Actually, it sounds adorable! Imagine a ragtag group of seniors with Confederate caps, their Rascals all gassed up and rarin' to go! Doesn't that sound cute?


We won't ever get a clear list of actual things they want (and "not that" doesn't count), so what is it really that they believe? Take a look at the delusions of the Tea Party.
Me:

Guess your idea of a party is a welfare check, a long line at the underpaid, overworked doctor's office (and just about everywhere else), and a shorter, less prosperous, but more useful (to the state) existence. Sounds like a rip-snortin' good time, to me! 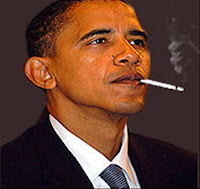 BTW, if "not that" doesn't count, how DO you explain Barak Obama? The big "O" is the quintessential NOT THAT; the anti-Bush--a guy who ran and won on virtually nothing else. Elected by idiots who quite literally knew nothing more about the man but chanted triumpantly on election day, "well at least he isn't Bush." Yeah, they got their dream-come-true! And a few are even still chanting. What a bargain, eh?
Ironic that the next Chief Executive (and I use the term loosely for Barak's sake) will most likely have won on the exact same platform; substitution: Barak=Bush.
Posted by Unknown at 7:29 AM