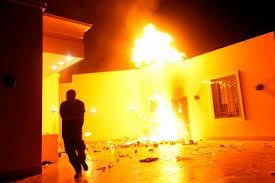 Democrats and the Obama Administration insist that the rising tide of questions, revelations, leaks and speculation surrounding the tragic Benghazi terrorist attack that killed a US Ambassador and three other Americans are nothing more than a shallow political ploy. Meanwhile they politicize what the American people have a right to know about the worst paramilitary islamo-terrorist assault on America since 911 2001--in real time...as the facts emerge!

Who perpetrated the attack? What motivated the assault? What were the warning signs? Why was there inadequate security? Why was the Ambassador in Benghazi? What has been and is being done to bring the perpetrators to justice? Who failed to defend and/or rescue the victims? Why are four Americans dead and who will be held accountable?

Instead, the only thing that's transparent about this incident is the Administration's bumbling cover up, stalls, distortions and deceptions. Almost eight weeks after the event, the President has yet to give a news conference, speech, or any explanation to the American people for this serious aggression against our nation. No investigation is required to reveal the main facts for which the President is and should be held to account--election or no election. Most of this information had to have been known by high officials inside the Administration prior to and during the attack.

Four Americans are dead. At the very least, their murders are a clear indictment against the US Government for their failure to carry out its most basic and essential function--to protect the lives of Americans--and in particular its own emissaries on "American soil" abroad. Mistakes and failures happen and are forgivable. But they are far more serious than "bumps in the road." The people of the United States deserve transparency from their elected and appointed officials and a timely explanation of at least the basic known facts about so significant an international incident.

Instead, Stonewall Obama, his opaque administration, and his willing accomplices in the mainstream media have deliberately misdirected, avoided, and evaded any real disclosure related to the event forcing inside whistle-blowers to leak both classified and unclassified information to the public in order to shed timely light on the breadth and depth of the US government's failures related to this event.

Such an occurrence is, by its very nature, political. It is geo-political. So the Administration's hollow cry that Republicans are "playing politics" with the tragedy is redundant, disingenuous, and hypocritical. Of course the GOP will use the President's failures against him in an election year--as well they should! If said failures reveal the incumbent's unworthiness to continue to lead, it is their right and obligation to do so. Wouldn't the Democrats do the same?

But it's the President, his Administration and his media supporters that are playing politics. Instead of acting Presidential, communicating the truth, and taking appropriate responsibility and command of an international incident of this magnitude, this President has chosen to hide, obfuscate, deflect, and deceive. And the derelict mainstream press have enabled him in an unprecedented act of betrayal of the American people.

The Administration claims that an investigation is ongoing and it's too early to ask for answers or draw conclusions. But it's not the unanswered questions that should concern us. It's the answered ones. And some conclusions are quite clear. The Benghazi attack represents a devastating failure of this Administration's foreign policy specifically as it relates to the global Islamo-terrorist threat. The reasons for the breakdown are as yet unclear. But the fact that there was a breakdown and that it may be systemic, is undeniable. 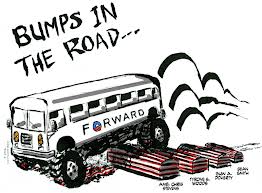 Whether its a failure to understand the enemy, a neglect of or inability to recognize a volatile situation, a conspiracy to hang the Ambassador out to dry, or a mere lack of cooperation and communication between the White House, State Department, and Intelligence community is almost irrelevant. Any scenario you can paint reveals gross incompetence and a failure of policy and/or leadership on the part of the Obama Administration.

Though it may be too early, politically, for the Administration to reveal what they know, it's too late for America to choose a President who doesn't know or claims not to. Voters should seriously consider both the known facts about this incident and their implications when judging the fitness of this President to continue to serve as Commander in Chief. That's the responsible, rational, and patriotic thing to do when casting your vote in this election.